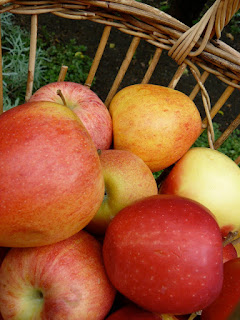 This hangover was the result, and complete fault of a tasting a couple of weekends ago
at the Cider Salon in Old Deerfield where I volunteered to give samples away. The
Salon was in an old white church where vendors were offering a swallow of fermented cider. Over 50 outfits showed up with their wily offerings. Hard cider is a sub culture of fans who treat it with wine-like reverence. It is made in small batches and sold mostly where it is produced. As a result, the proof and the content are as vast as the Mt. Tom Range.

At one of many hard cider laden tables for tasting, I stood in a
bright yellow "Cider Days" T-shirt next to Joey, also wearing the "Cider Days" T-shirt
and pouring three Oregon ciders that come from a company named after a Yates poem.
We looked like dorks and followed direction. We were instructed to taste and analyze the ciders,
to properly display their qualities. The Wandering Aengus had three offerings; the Heirloom (good nose), the
Oregon Dry, (hardly a finish) the Oregon aged in whiskey barrels,
(fruity, intense, profound, inspired but without pretense.) The place was
packed like a keg party yet with a more discriminating crowd. A guy from Boston came by and photographed one of the bottles
to text a tweet.

I took a break and went around to check out some of the
other talent. There was a "Perry" (made from pears) which was delightful and a hard cider
made with hops by a brewer with a safety pin in his ear. His
provenance, Nantucket. "Where exactly is your
orchard?" I asked, listing starboard. There are no orchards
on Nantucket. They bring in the juice.

Back at our pouring station, Joey was filling glasses and
talking up the Yates. When the crowd
drifted off to dinner, I learned Joey is a graduate of the first class of a
Tibetan Medical School. There was no one
left in the place, just other tables with boxes. Were we allowed at
least one bottle for our efforts? "What would a Buddhist do?" I asked him.
Without hesitation he responded,______

This is as far as I got when I heard from the Valley Advocate that they would no longer be using columnists.....just staffers from here on in. So much for ValleyLocavore in print, at least in the form of that column. Blogs, on the other hand....not so dependent on advertising.

"Enjoy!" he responded and we walked out into that Old Deerfield good
night carrying two bottles each in our coats.
Posted by ValleyLocavore at 2:40 PM