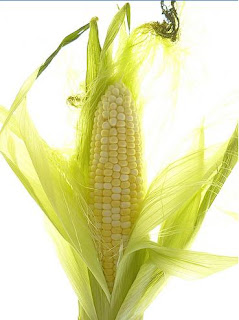 About a month ago a guy who has a paper route mentioned to me that he had seen some funny spots on a person's upside-down tomato plants. Later in the day, a woman who lives in Florence said that she saw the same thing on one, just one, of the leaves on her tomatoes. She picked it right off, hoping it wasn't what she thought it was... what it was last year.

This week, a farmer from Hadley was sure what it was when he plowed his entire tomato crop because of late blight. Now it is late July.

The first official indication of blight came in an alert from vegetable entymologist Ruth Hazzard on the UMass Extension Service website. Ruth is an early pioneer in organic growing in Massachusetts and in the country. Last summer, she managed the blight crisis with information on detection, remediation and prevention of the very same fungal disease that felled Ireland in the potato famine. Hazzard continues to advise on late blight detection and response at the UMass Extension website.

The organic response to stemming blight—which reveals itslef as nickel-sized dark green or brown lesions on the leaves, and brown lesions on the stems—is to use a copper-based fungicide on the plants. It isn't cheap, nor is it a quick fix, but if used in time, it can save the crop. The danger is that the blight can spread to plants such as potatoes.

Last year some organic farmers, very few, managed to avoid the blight by treating their tomato crop early in the season. Simple Gifts Farm of North Amherst was one such farm, and ended the season with such a harvest they were still selling tomatoes in January at Winter Fare in Northampton.

Because tomatoes, including heirloom varieties, are a big money-maker for farmers, some started their tomatoes in hoop houses this year to hedge their bets. This summer the blight has the potential to take down any and all organic farmers who happen to be up- or down-wind of the airborne fungus.

Corn is one crop that is doing well this year. It came in early, is coming on strong, and is being consumed now.  This Friday, for example, corn will be a topping on wood-fired pizza at the Hungry Ghost Bakery on State Street in Northampton. (On Friday nights they serve pizza and bread made with wheat grown in Hadley.)

If you miss your heirloom organic tomatoes this summer, don't fret, they'll be back. Everything else, from wheat to cheese to eggs to meat to fish, and this month corn, along with most produce, can feed everybody, even ghosts.
Posted by ValleyLocavore at 9:54 PM