Trip to the Interior, Route 47 North 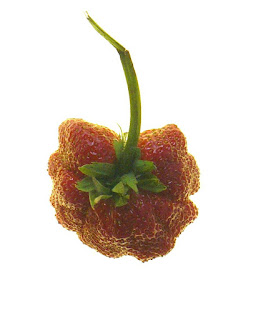 Trip to the Interior

The farmer texted us, "Meet me in Montague..."

My nephew and I stood there in a parking lot not far from the highway. Kyle said let's go.

We drove north along Route 47 chasing an order of arugula, mixed greens, carrots and shallot. Once past the honey pot, where the river gives the soil a good embrace, the houses gave way to fields.

O​nce ensconced in our meeting place, we waited next to a barn with a loading dock and a generous row​ of something under white crop cover material. The day was glorious, blue sky, birds communicating, with us, perhaps, in spite of ourselves and, instructed us to look again at the white crop cover material where we discovered a lone strawberry plant.

“That’s Everbearing!” she said ​of the strawberry plant which she explained will bear fruit all summer long.


Like one who might be on speaking terms with Mother Nature, she radiated confidence. ​She invited us to tour more life, this time in the hoop house.


In unseasonal warmth, we trudged through the field, ​she shared current ​farm ​logistics ​in light recent restrictions on social interaction.

“We are juggling,” she said explaining this week’s shift from selling at three separate farmers markets to going to the same locations with a truck to fill pre-orders made by email.


We joined Sarah on her commute from home to the hoop house as about 100 steps across hard soil, row after row.

“I wake before dawn and jog when I have to clear my mind,” she said with a shrug as we trod the earth.."

Inside which was like walking onto a football field sized garden of light and tiny plants.

It’s not tender things time,” Sarah said of the thousands seeds sprouting before us. Beginning with the most voluminous of the seedlings were the onions of which there were thousands. Also growing before our eyes were early tomatoes, English cucumbers, ​S​wiss ​C​hard and edible pansies.

By “tender things time” Sarah meant that it was too soon to start seeds outdoors.

Some seedlings were bound for the great outdoors where they would finish their gestation and others, such as the tomatoes, would finish growing in a greenhouse in Granby where they would be ready for sale by June and hopefully at the Red Fire Farm Tomato Festival, but that, like everything else on the planet, is uncertain but the plants were proof of something good to come.

The three of us fell quiet in the sunlight. A yellow and black barn cat entered the greenhouse and wound around my legs.  Sarah introduced her as “Pecan” or “Boss Mamma.”

The cat hung around while Sarah explained this week’s food distribution challenge for the farm.

“This time of year we are at three farmers’ markets on a Saturday but they’re all closed,” said Sarah.

“We alerted customers, took orders and went to the locations sell off the truck.”

Typically Red Fire brings about $10,000 from Northampton, Springfield and Somerville. A fourth market in Wayland moved outdoors but the time frame was reduced to three hours.

“The call for people to order in bulk on Wednesday for a Saturday pick-up brought in $4,000 from all four markets,” said Sarah who has two children.

With respect to people working in restaurants and those temporarily out of work, she looked down at the ground and shook her head.

“I jus don’t know how they’re gonna survive this,” she said.

Red Fire Farm announced they will be doing home deliveries starting next week, in an email from Sarah reminding us that we “own our interiors” and pictured wearing a T-Shirt with the legend,

“Hard Times Ain’t Gonna Rule My Mind No More,” a song by Gillian Welch to remind customers and friends that we own the interior.

Not sure if she means the interior meaning the land or the interior of our bodies but either way, it’s a comfort knowing food from Red Fire and other farms will continue to grow in these loamy soils. 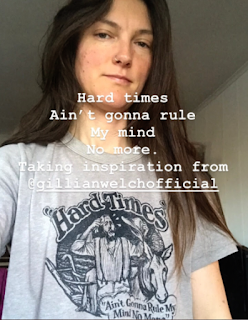 Posted by ValleyLocavore at 11:56 PM